For those of you, like me, who think that there needs to be more superheroes fighting with or against Dinosaurs, get to your local comic book store today and pick up a copy of Marvel's Avengers: The Initiative: Reptil #1. 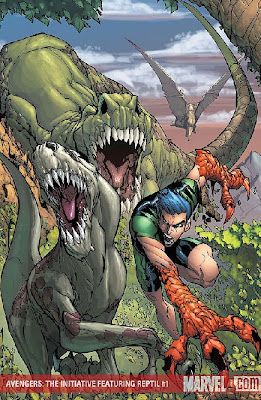 This single issue story focuses on all things Marvel and Dinosaurian in nature. 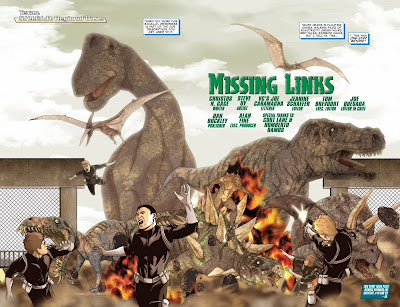 Not that the art, by Steve Uy, within is promising to be particularly scientifically accurate. Or for that matter of an "intelligent" nature, but man it is shaping up to be both pretty and fun! Especially if you're into Dinosaur related property destruction and mayhem like myself! 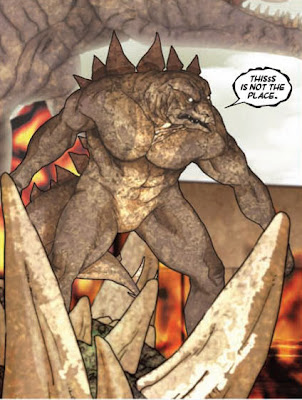 The story in short form is the US government has taken something out of Marvel Comic's prehistoric lost world, the Savage Land, something so valuable its inhabitants are launching a full on attack against the modern world with an army of Dinosaurs!
`
Now I could go on about prehistoric comic lore, but that would be defeating the purpose of this blog. So I'll end here by simply alerting you to this current Palaeo-Art event. Though I may do another post reviewing the art, once I get my hands on a copy (which could take a while here in New Zealand).
`
However for those of you more interested in the story details or background of Marvel's prehistoric themed character please check out these summaries by my good friend, and Marvel employee Mike Hoskin who has been nice enough to do a whole week's load of Prehistoric Comic posts in celebration of this comic's release.

Posted by Prehistoric Insanity at 10:26 PM