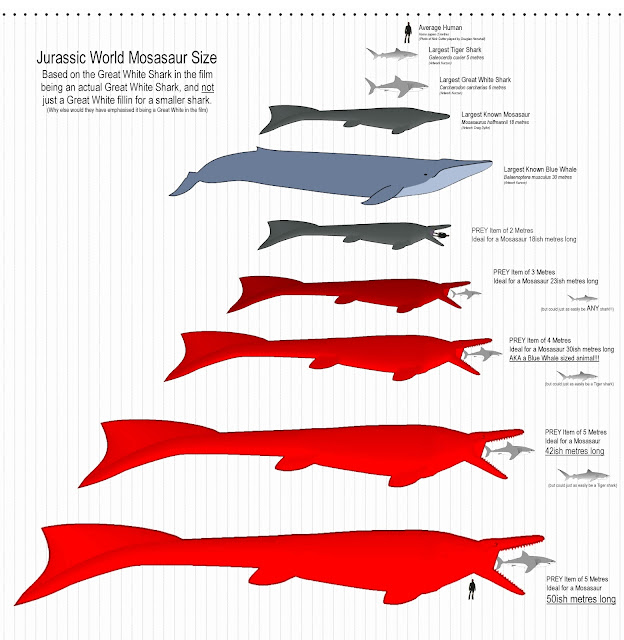 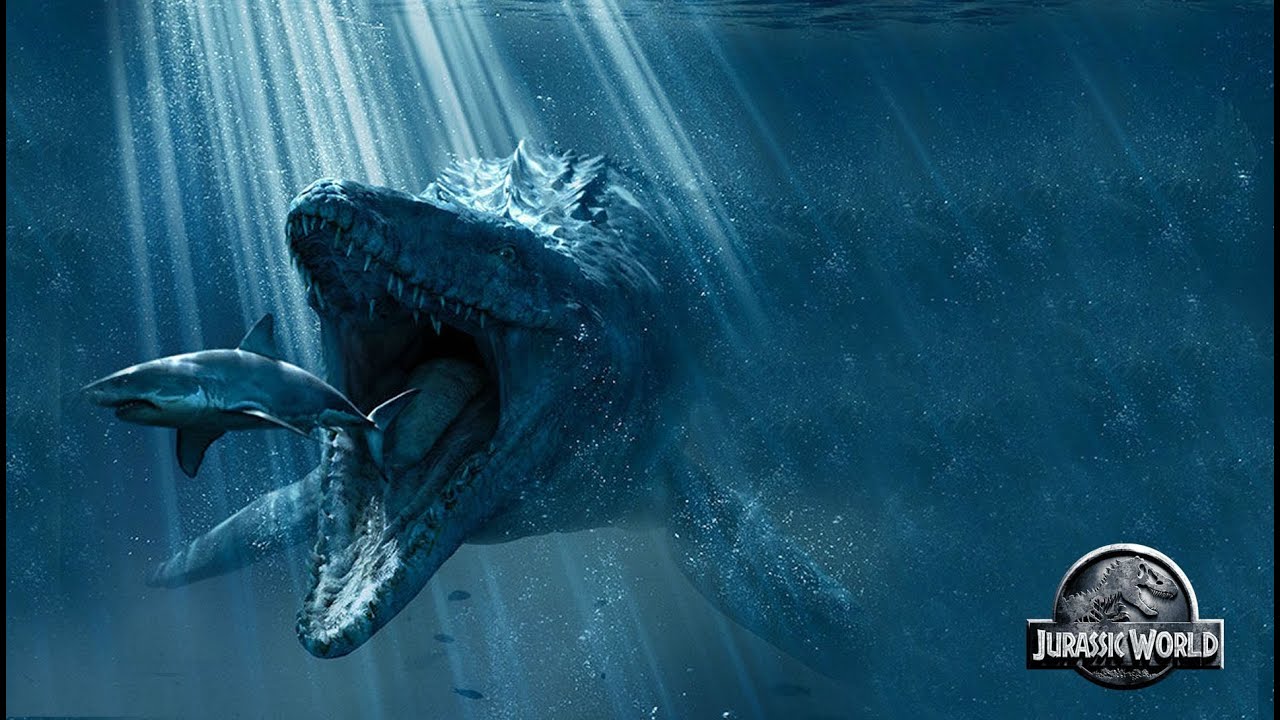 My 6th Pair of Reviews

As an Art Evolved member, I post a pair of my reviews here every so often, the 1st being positive & the 2nd being negative. I'd greatly appreciate you reading & voting "Yes" for said reviews in the bolded links below. Besides wanting to make sure said reviews give a good idea of what to expect, they need all the "Yes" votes they can get because 1) the 1st is for a great book that deserves more attention, & 2) the 2nd is outnumbered by opposing reviews (which don't give a good idea of what to expect). Many thanks in advance.

Short version: Before the "Dinosaur Train" series, Sloan's "Feathered Dinosaurs" (henceforth FD) was, & in some ways still is, the best children's dino book when it came to introducing kids to feathered dinos. I recommend reading FD in conjunction with other, more recent books (E.g. Gardom/Milner's "The Natural History Museum Book of Dinosaurs" in general & Chapter 10 in particular).

FD was 1 of the books that got me into feathered dinos, along with Cooley/Wilson's "Make-a-saurus: My Life with Raptors and Other Dinosaurs". In this review, I list the 2 main reasons why I think that is.

1) All the paleoart is beautiful, but the real highlights of FD are Czerkas' & Cooley's life-like models of feathered dinos (which are on the cover & in Chapter 4, respectively) & GSPaul's field guide-esque drawings of feathered dinos (which "are sprinkled throughout"): To quote Witton ( http://markwitton-com.blogspot.com/2013/04/the-mysterious-mysteries-of-feather.html ), "it's not surprising that many laymen think that feathered theropods look silly. Many of the more memorable and longest-lived reconstructions of them are, and perhaps these are what most folks think of when the words 'feathered dinosaur' come to mind. Scaly theropods undeniably looked more intuitively plausible, not to mention more aesthetically pleasing, than a lot of the weird imagery once thrown about by palaeoartists"; Thanks to said models & drawings (which look like real animals), I didn't have that problem.

2) FD is not a natural history of feathered dinos per se, but it is "designed to be read from start to finish as the developing story of a remarkable group of animals" ( http://www.amazon.co.uk/Natural-History-Museum-Book-Dinosaurs/dp/184442183X ): After the Introduction by Currie, FD consists of 6 chapters, beginning with the history of "the dinosaur-bird connection" from the 1860s to the 1970s, continuing with the skeletal & behavioral evidence, & ending with the Chinese feathered dinos; The middle chapters are especially good at showing how we know what we know, explaining the scientific process without dumbing down; This reminds me of the "Dinosaur Train" series, but for older kids.

If I could, I'd give FD a 4.5/5. My only gripes are the paleoart in the middle chapters (some of which is outdated to varying degrees) & the terminology in the middle chapters (some of which isn't illustrated). However, for the purposes of this review, I'll round up to 5/5. 2 more things of note: 1) Gardom/Milner's "The Natural History Museum Book of Dinosaurs" gives the best idea of what we've learned since FD (E.g. Compare the Sloan quote to the Gardom/Milner quote); 2) Sloan's "How Dinosaurs Took Flight: The Fossils, the Science, What We Think We Know, and Mysteries Yet Unsolved" does not (I.e. Some of the paleoart is anything but beautiful & some of the science is dumbed down).*

*When I say "Some of the paleoart", I mean Groves' abominable models of feathered dinos (which look like movie monsters). Don't take my word for it, though. Compare the cover of Sloan's "How Dinosaurs Took Flight: The Fossils, the Science, What We Think We Know, and Mysteries Yet Unsolved" to those of FD & Cooley/Wilson's "Make-a-saurus: My Life with Raptors and Other Dinosaurs".


Quoting Sloan: "Increasing-evidence shows that the prey-grabbing motion of a dinosaur's arms is like the flight stroke of a bird. Early feathers may have been useful for extra balance or to boost jumping. Eventually dinosaurs became airborne as they leaped for prey.
Birdlike dinosaurs also may have climbed trees and become flyers as they jumped or glided down. We'll probably never know whether flight evolved from the ground or in trees. The important thing is how the flight stroke evolved."

Quoting Gardom/Milner: "Recent studies on escape behaviour in modern ground-living birds such as quail and partridge provides an interesting addition to the debate. They employ 'wing-assisted vertical running' to get off the ground, beating their wings rapidly to generate a down force to help them stick to the substrate while climbing a bush or tree trunk. Even the fluff on chicks' wings increases the wing surface area sufficiently to allow efficient climbing. Thus it has been suggested that dino-bird arm feathers could have functioned in the same way...as downforce generators and 'proto-wing' gliding structures. They prey-catching idea is now giving way to an hypothesis that the selective pressures leading to flight may have arisen as a predator escape mechanism in small theropods whereby the presence of feathered arms would aid rapid climbing away from danger and allow gliding from perch to perch or perch to ground. Archaeopteryx represents a late stage in this process with a modern wing configuration of asymmetric primary and secondary flight feathers permitting limited stable powered flight."

I was originally planning on reviewing Mash's "How to Keep Dinosaurs" (henceforth HK) the way I usually review bad dino books. However, I then remembered that Naish's HK review is so perfect (especially when it comes to criticizing Pixel-shack's digital paleoart: http://scienceblogs.com/tetrapodzoology/2008/01/02/how-not-to-keep-dinosaurs/ ) that I can't possibly top it, so I won't even try.* Instead, in this review, I'll point you to Naish's HK review & add my own thoughts as well:
-I'm surprised that Naish didn't mention Dawkins given that, to quote Naish ( http://blogs.scientificamerican.com/tetrapod-zoology/2012/11/05/great-dinosaur-art-event-of-2012/ ), "There are good consultants, but there are downright useless consultants". Dawkins may be a great evolutionary biologist & technical writer, but he's "downright useless" as a consultant of popular dino books. In HK, Dawkins' Foreword is very pretentious/acidic/inaccurate (E.g. See the Dawkins quote).
-To quote Naish, "the author notes that the book is a practical manual rather than a taxonomic treatise". This is in reference to Mash referring to non-dinos (E.g. Pterosaurs) as dinos. In other words, Mash is saying, "What I'm doing is wrong, I know it's wrong, but I'm gonna do it anyway" ( http://tvtropes.org/pmwiki/pmwiki.php/WebVideo/TheMysteriousMrEnter ).
-The only consistently good thing about HK is the paleontology in-jokes: On page 51, it's claimed that "Deinonychus was discovered only in 1969" & that they "play in groups of four"; The 1st quote is in reference to Ostrom 1969 (I.e. "Osteology of Deinonychus antirrhopus, an Unusual Theropod from the Lower Cretaceous of Montana") & the 2nd quote is in reference to "the Four Raptor Site" ( https://blog.hmns.org/2010/03/raptors-group-hunters-or-cannibals/ ). However, to quote Naish, "seeing as how few palaeontologists will read this book...most of these jokes are going to be missed."
-To quote Naish, HK "could have been a really interesting experiment in the reconstruction of behaviour, and on whatever imaginary perils and pitfalls might befall any attempt to bring dinosaurs into the human world." Personally, I'd love to see an adult book version of Conway's "The Dinosaur Pet Guide" ( http://johnconway.co/dinosaur_pet_guide ) in the style of Conway et al.'s "All Yesterdays: Unique and Speculative Views of Dinosaurs and Other Prehistoric Animals". Until then, the closest thing we have is Bradley's "Care & Feeding Of Dinosaurs", a very good but outdated (E.g. Un-feathered coelurosaurs) children's book.


Quoting Dawkins: "The book can be appreciated on many levels. It is by no means only an owner's manual, though it is indispensably that. For all its sound practical advice, it could only have been written by a professional zoologist, drawing deeply on theory and scholarship. Many of the facts herein are accurate. The world of dinosaurs has always been richly provided with wonder and amazement, and Mash's manual only adds to the mixture. As a theological aside, creationists (now excitingly rebranded as Intelligent Design Theorists) will find it an invaluable resource in their battle against the preposterous canard that humans and dinosaurs are separated by 65 million years of geological time."