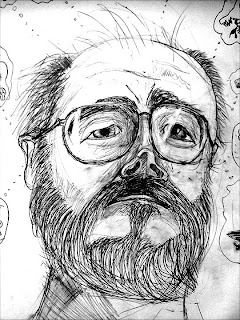 Hey, everybody! I’m Sean Craven and I have to confess that I’m not exactly sure how to approach this bio piece. See, in the past I’ve usually used these autobiographies as an excuse to either lie or tell deprecating truths about myself. But I’m trying to kick the habit…

I’m a writer, artist, and musician based in Berkeley, California, where I live with my spouse Karen Casino. I come from a blue-collar background and started working as a janitor and child-care assistant when I was thirteen and, with occasional breaks for education, I stayed in the workforce until my late thirties. 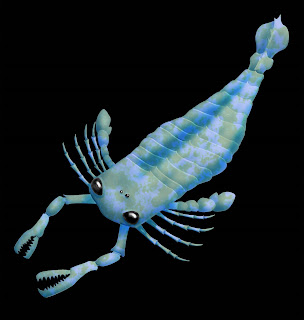 While I’m currently a full-time student, in the past I have made a living by writing internet cartoon scripts and my art has appeared in a variety of magazines. I’m also the art director and assistant editor of a small-press literary magazine, Swill. Right now I’m trying to find a way to make a living in some kind of creative capacity. My novel-in-progress is my main focus but I’m also trying to put my art out into the world. It’s all a gamble but hey. If you don’t play you can’t win, right? 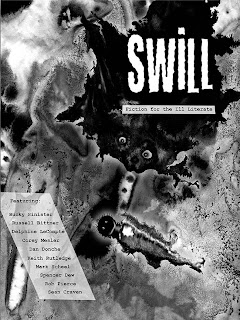 I was lucky enough to have Maurice Lapp for my first art teacher. He had a classic approach to teaching art and everything I’ve got has its roots in what he taught me. Since those first lessons I’ve supplemented my education with classes in everything from botanical illustration to architectural perspective. But while I’ve studied a lot of the best current paleo artists, my scientific illustration and reconstruction techniques are self-taught. 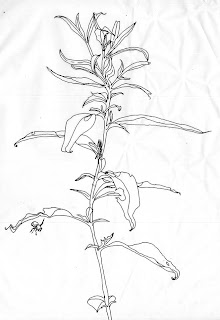 Dinosaurs were the first real obsession I ever had; it’s interesting that I didn’t start trying to draw them until I was in my thirties, when I picked up a copy of Predatory Dinosaurs Of The World by Gregory Paul. This fit into a pattern – I’d find myself drifting away from my interest in paleontology only to run across some piece of media that captured my imagination and sucked me right back in. 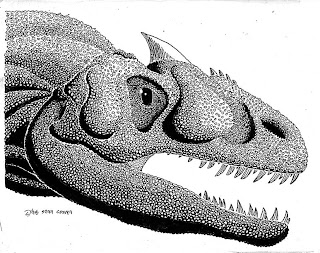 When I was a small child, it was plastic dinosaurs. When I was in the fourth grade it was Robert Bakker’s Dinosaur Renaissance article in Scientific American. When I was a teenager, it was The Dinosaurs by William Stout, Bryon Preiss, and William Service. Then Predatory Dinosaurs Of The World. My most recent, and most serious involvement sprang from… Okay, it was the comic book Cavewoman by Budd Root. In the back of the comic he recommended Prehistoric Times magazine. I was intrigued, I got a subscription, and I fell in love with Tracy Ford’s How To Draw Dinosaurs column. 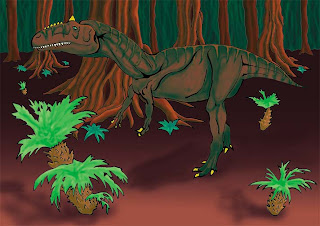 My first real introduction to the blogosphere came when Brian Switek of Laelaps used my Cambrian cartoon, first published in Prehistoric Times magazine, in a blog post. 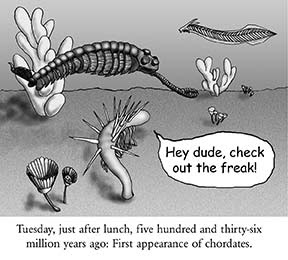 I have two different approaches to paleo art. With one I start off with a good photograph of a mounted skeleton or a skeletal diagram. I figure out a pose, then trace the skeleton to fit the pose. 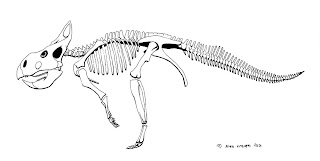 After that I flesh the animal out, basing my approach on as much research as is possible.

At other times, I prefer to work more loosely, drawing from my imagination. 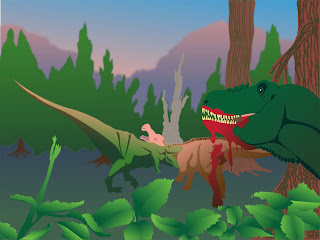 In the future, I hope to bring these two approaches closer to one another, adding accuracy and detail to my imaginary drawings and adding life and flexibility to my more scientific pieces. I’m really thrilled to have been asked to join the Art Evolved crew and I hope you enjoy my efforts.