With one month to go before the Sauropod Gallery hatches, it is time for an overview of Sauropods in Art! 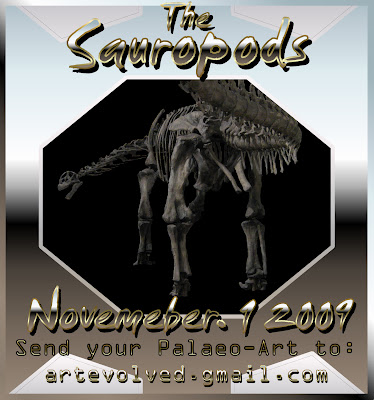 What is there to say about sauropods that hasn't been said before? Nothing, so I won't bore you with repeated information and technical mumbo-jumbo. If you want to learn about sauropods, click here for Wikipedia, here for Skeletal Drawings and here for SV-POW! With the following artistic restorations of the genera, I have tried to pick up-to-date, exciting, and rare pieces, that hopefully some of you will not have seen before. Hopefully, you will be inspired to create something great for November 1st!

Restorations of Sauropod Genera
Click the artwork to ENLARGE it - see the DETAIL!

Diplodocus by Tim Bradley, the artist behind the Jurassic Park Institute art 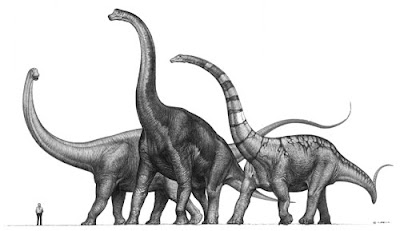 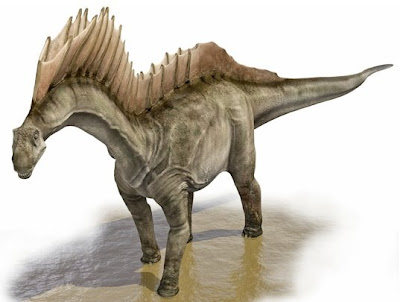 Rebbachisaurs by Felipe A. Elias

That completes a general overview of sauropod genera recreations. Stay tuned for a continuation post, where I'll review early attempts at restoring sauropods, from Knight to Zallinger (Hey! That means you, Mr. Draggy-tail!)
Posted by Peter Bond at 12:57 PM