Welcome to our May gallery... 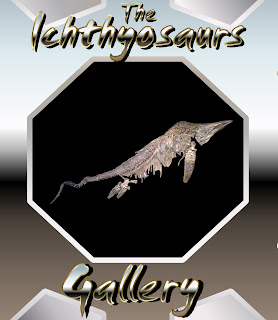 This time capsule celebrates one of the most interesting groups of reptiles to have ever evolved, the Ichthyosaurs!

Not only were these among the first fossil reptiles ever recognized as being an extinct form of life, but they played an important role in the very establishment of the science of palaeontology. They are a key study in the concept of convergent evolution, in which organisms of completely different origins independently adapt to similar environments by developing similar structures. Ichthyosaurs were the first group of vertebrates to return to the ocean and re-adapt back into an oceanic lifestyle much like those of their fish ancestors (though with the need to still breath air).

Yet they are a group of extinct reptiles which hold many secrets. We have found fossils of basal Ichthyosaurs, but no one can yet say with confidence what exact group of reptiles returned to the sea to give rise to these fish lizards. Just as mysterious as their origin, the extinction of the Ichthyosaurs is equally puzzling. They thrived throughout the Triassic and Jurassic, only to dwindle and disappear by the midway point of the Cretaceous. This makes them one of the only iconic groups of Mesozoic reptiles to go completely extinct before the famous KT extinction. Why that is though, we can not yet say for sure...

So let us venture back into Deep Time and pay our dues to the wonderful fish lizards! (Click on the picture to enlarge it, and click on the names to view the artist's site!)

Generic Ichthyosaur by Sarah Snell-Pym
This Ichthyosaur is based on the fossils I used to see everyday atthe Natural Museum London on my route to the palaeo and minerologylabs. The teeth are angled incorrectly and I have kept some of thebone structures that probably would not have shown through softtissue of the alive creature - the fins and eyes namely. It isn't aspecific type but more my mental image of what these creatures arelike as a whole! 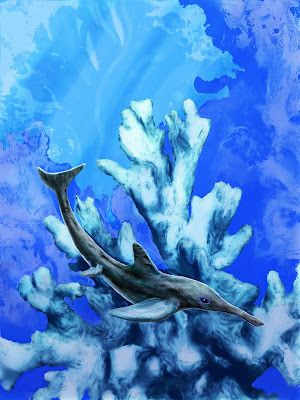 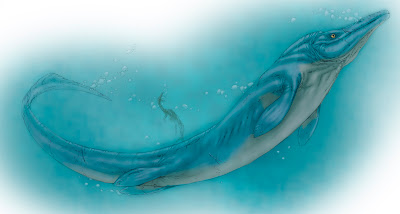 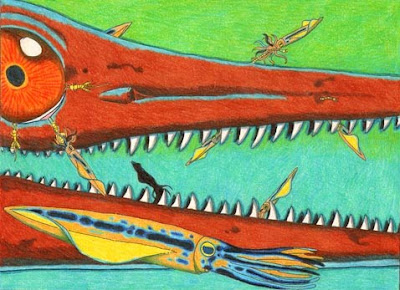 This ichthyosaur is having its teeth and skin cleaned by a school of helpful Cleaner Belemnites, a hypothetical Jurassic parallel to modern-day Cleaner Wrasse. 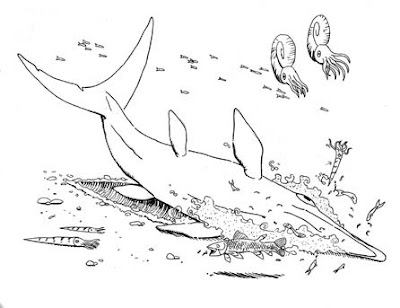 Scratching Ichthyosaur by John Meszaros
I created this piece after reading the December 16, 2009 blog at Tetrapod Zoology, where Darren Naish talks about mysterious giant fossil “gutters”. The most likely explanation, according to the accompanying articles, is that these traces were made by marine reptiles plowing their snouts through the mud in search of food, or rubbing against the ground to scratch themselves. In my work I’ve depicted just that—an ichthyosaur scratching against the rocky ground to remove dead skin, inadvertently stirring up a bunch of crustaceans for the local fish to dine on. 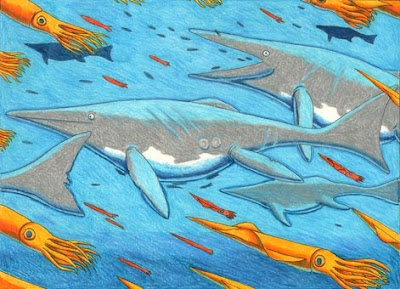 Shonisaurus by John Meszaros
Like a lot of folks at ArtEvolved, I was intrigued by Shonisaurus’ mode of life. To me its huge, deep body suggests a slow-moving, plankton feeder. However its narrow skull would have made it difficult to obtain enough food to sustain its massive bulk, and its mostly toothless mouth would have made it difficult to snatch and hang onto fish, belemnites and other, larger prey. The closest modern parallels to the Shonisaurus body type that I could find are the beaked whales, which are generally toothless and feed through suction-feeding by rapidly expanding the throat and depressing the tongue. In fact, if you look at the skulls of many beaked whales (particularly Baird’s and Gray’s) they bear a strikingly long and narrow snout very similar to that of Shonisaurus. Thus I have depicted my shonisaurs with thicker throats to allow for this mode of feeding.

By the way, those two suction cup marks on the foremost Shonisaurus are meant to be feeding scars from a predator similar to a lamprey or cookie-cutter shark. 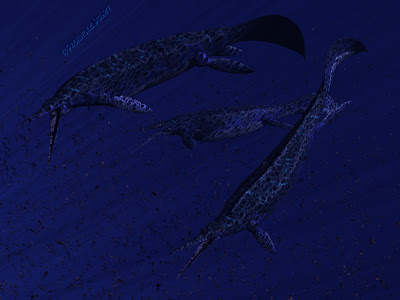 Triassic Giants by Craig Dylke
This piece is an art tribute to the late Betsy Nicholls, former curator of Marine Reptiles at the Royal Tyrrell Museum. She is most famous for her collection and description of the largest yet known marine reptile Shonisaurus sikanniensis. However I will best remember her as a friendly and enthusiastic spokesperson for her science and the topic of marine reptiles. I only wish I'd had a chance to get to know her better.
I was fortunate to have been able to talk to her after her last (or so I'm told) public address. During this discussion the topic of Shonisaurus feeding came up. Dr. Nicholls was of the firm belief that the adult (toothless) animals were somehow feeding on cephalopods. So it was in this direction I took my piece.
Here a small pod of Shonisaurus sikanniensis plunge into a school of Belemnites. Whether they have dived to extreme depths in the daytime or are simply catching them at night is up to you the viewer. 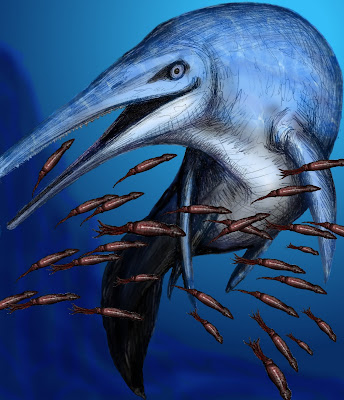 Mixosaurus by Peter Bond
See the step-by-step creation of this piece here! 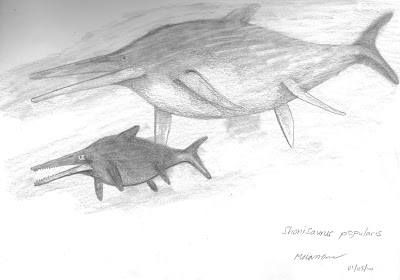 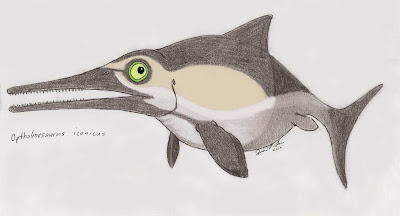 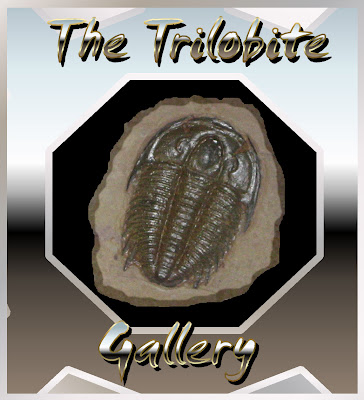 The long lasting, yet now completely extinct, group of Arthropods: the Trilobites!

If you are interested in participating in ART Evolved's Galleries of Life, send your artwork to artevolved@gmail.com, and we will display it. Welcome to the community!
Posted by Peter Bond at 3:42 AM