Reconstructions of ichthyosaurs are some of the earliest examples of palaeo-art in history.  Discovered in 1811 by Mary Anning and mulled over by scientists for the next 10 years, these fascinating fossils were named Ichthyosaurus in 1821, before "palaeontology" as a science even existed!

This long history of ichthyosaurs has allowed for a wonderful array of restorations.  ART Evolved's look at Ichthyosaurs in Art begins with important and wonderful historical interpretations of these sea monsters, and then follows with more modern views of what Ichthyosaurs look like!

Book of the Great Sea-Dragons, Ichthyosauri and Plesiosauri. Gedolim Taninim, of Moses. Extinct Monsters of the Ancient Earth from 1840 by John Martin

Duria Antiquior by Henry De la Beche
A great supporter of the work and importance of Mary Anning, of Lyme Regis, De la Beche drew a sketch, in 1830, entitled "Duria Antiquior - A More Ancient Dorset", which showed Mary Anning's finds: (three types of Ichthyosaur, a Plesiosaur and Dimorphodon. It even appears to show the production of coproliths, from a terrified plesiosaur. De la Beche assisted Anning, who was having financial difficulties, by having a lithographic print made from his water color painting, and donating the proceeds from the sale of the prints to her. This became the first such scene from deep time to be widely circulated. [Wikipedia]

"Awful Changes. Man Found only in a Fossil State - Reappearance of Ichthyosauri."
by Henry De la Beche
Paleontology in a future age as imagined by Henry De la Beche in 1830. The famous cartoon lampoons Lyell's non-progressionist view of geological history. Standing above a human skull (below the rock supporting the lectern), Professor Ichthyosaurus addresses a toothy audience of friends and relations. The caption is as follows: "A lecture, — 'You will at once perceive,' continued Professor Ichthyosaurus, 'that the skull before us belonged to some of the lower order of animals; the teeth are very insignificant, the power of the jaws trifling, and altogether it seems wonderful how the creature could have procured food.'" [Wikipedia] 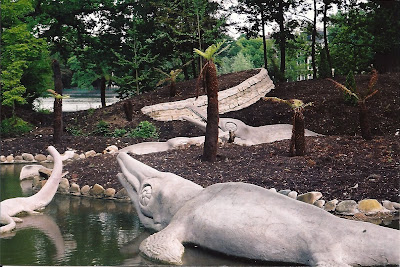 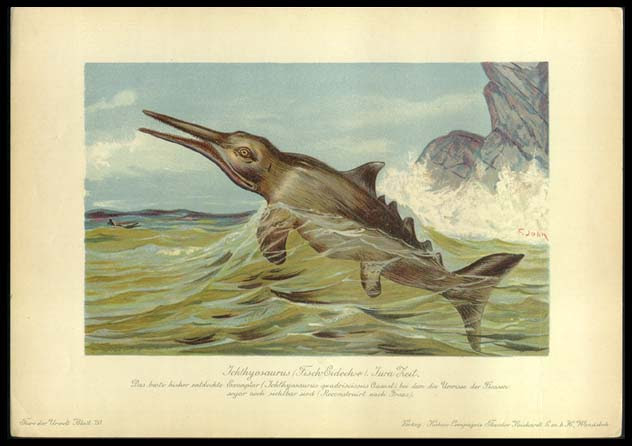 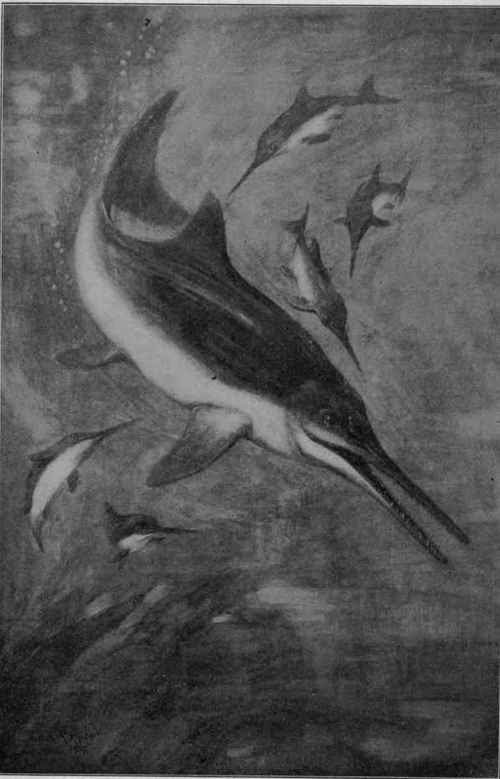 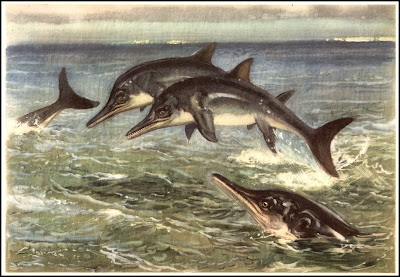 The following are modern interpretations of the genera within the order Ichthyosauria, roughly ordered in chronological order (early Triassic to late Jurassic): 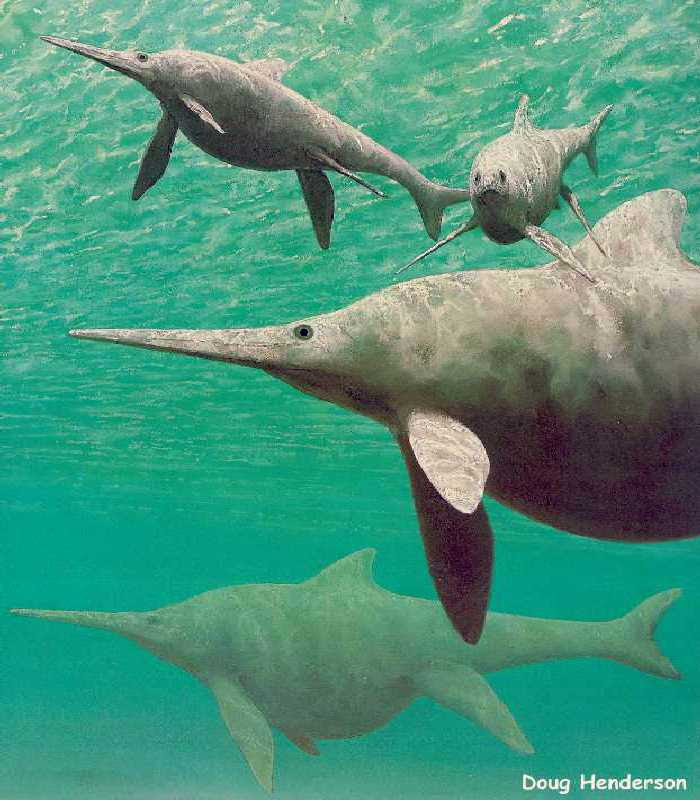 Shonisaurus accompanied by a Pack of Californosaurus by Todd Marshall 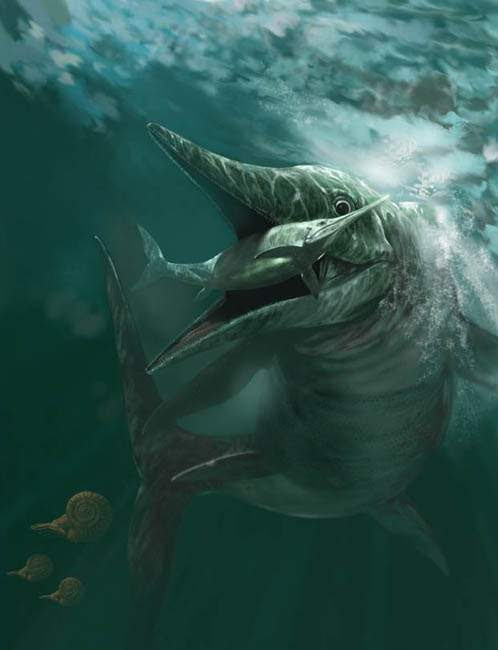 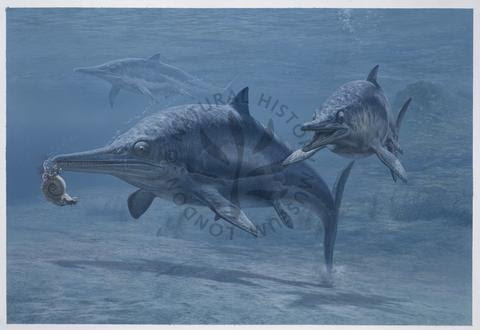 I hope this look at Ichthyosaurs in Art has inspired you in your creation of ichthyosaur palaeo-art!
The Ichthyosaur Time Capsule opens May 1st 2010, so send in your Ichthyosaur art to artevolved@gmail.com!
Posted by Peter Bond at 4:26 AM