I own Greg Paul's Albertoceratops! 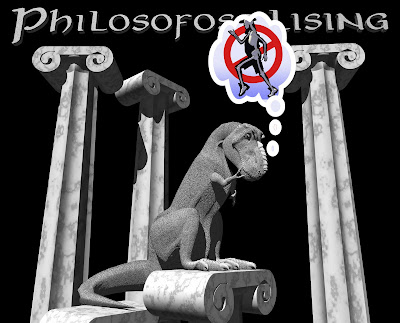 Famed palaeo-artist Gregory Paul has thrown down his gauntlets on a number of paleo-art topics in a series of mass public emails (here, here, and here). While a few of his issues were reasonable, specifically that people stop plagiarizing his specific works, many of his demands were not. The most ludicrous of these being the following:

I am going to have to regretfully require that other artists either stop using my materials as source material and do entirely original restorations from beginning to end, or make arrangements to provide compensation if they do so when engaging in commercial projects.


He later clarified this to include his skeletal reconstructions:

The basic rule needs to be that that an artist produce their own skeletal restoration based on original research. This would include using photos of the skeleton, or an illustrated technical paper on the particular taxon. This then goes into your files as documentation of originality, and you can publish it.

So boiled down Mr. Paul has stated you can not reference his skeletals AT ALL if you are creating your own palaeo-art, as he owns the skeletal. Well that might sound good on paper Mr. Paul, but you really should have thought this claim through...

For you see, by your rules Gregory Paul I can state quite definitively that you do not own the reference rights to your skeletal of Albertoceratops (fossils of which are pictured above), but in fact I own them! Bare with me as I explain.

Okay so first a few definitions and clarifications up front. First to me referencing would mean looking at something (picture, fossil, whatever) for inspiration on your own work. In the case of a fossil skeletal, I would use it to roughly figure out proportions of limbs, bodies, heads, etc within a specific critter so that my 3D model is built with the right relative size within itself (my precise method posted here on ART Evolved in fact). However beyond this my own work bares no actual similarity to the skeletal in the final product. When properly referencing yours shouldn't bare much similarity either!

Tracing an outline you fill in later or reposing the bones on a skeletal and than presenting them as your own final product is NOT referencing. That is out right plagiarism, about which Mr. Paul is completely correct.

Now to claim no one else can reference your work (which immediately becomes a ridiculous assertion in the first place really, but I'll humour this line of logic so I can get to my punch line) you must own the material on which this work is based. I am NOT arguing Mr. Paul doesn't own the actual composition of his skeletals, but to say I can't reference them at all takes this claim to a new level.

So scattered throughout Mr. Paul's emails, skipping the majority of side tangents where he strokes his own ego about his accuracy, artistic greatness, and research prowess etc. I have managed to derive the following formula to how he creates and, I guess, therefore how he owns his fossil skeletal restorations:
So by this formula I can see why Mr. Paul can now claim he owns his skeletal restorations. He is the sole generator of the fossil, and thus he has sole claim to it. However I think he has purposefully skipped some VERY important steps to the fossil acquiring process to achieve this end. My version of the formula goes like this:
Oh yeah, there's those scientist people who have a lot to do with getting the fossil bones for Paul to draw. Maybe they fall into this equation a bit more than he is trying to make it seem.

Okay so the fossil's attached scientists (or more appropriately their institution) trump Paul's argument on ownership of his skeletals in this way. The fossil would not be there for Gregory Paul to reference if not for the institution spending the time (and money) to find it, dig it up, and clean it off for him.

So Mr. Paul stated clearly in the selected quote above "make arrangements to provide compensation if they do" reference one of his skeletal reconstructions. Well we've just established he doesn't own the skeletal, so he should have had to paid the actual owner of the fossil for his own reference.

Perhaps Mr. Paul pays some institutions for this access, but I know as a matter of fact in one key case he did not.

This is Albertoceratops, of which a Gregory Paul skeletal appears in his book the Princeton Field Guide to Dinosaurs. The only known described remains of Albertoceratops nesmoi (TMP.2001.26.1) are currently held by the Royal Tyrrell Museum in Drumheller Alberta. As the museum is operated by the Government of Alberta this would then mean the fossils are the property of the Province of Alberta. Under the Alberta Historic Resource Act 1979 all Alberta fossils are the property of the Alberta people. Hmmmm wait a second, I'm a taxpaying citizen of Alberta! I own 1/3724832 of Albertoceratops!

So as I know I haven't received any compensation from Mr. Paul for the use of MY Albertoceratops (or any number of Albertan Dinosaurs discovered after 1979) that his required system of owning references and paying for their use references is total BS!!!

Seriously my tax dollars went into preparing and presenting that Albertoceratops for EVERYONE to see, enjoy, and learn from. Mr. Paul has absolutely no right to claim monopoly on this or any other publicly funded fossil!

If he were to dig up, prep, and then draw a Dinosaur skeletons than we MIGHT be talking a different ball game (I emphasis I said might... I'd argue referencing is such a nebulous thing the court's would dismiss your case immediately unless you were clearly copying a fictional creature's skeletal. However we're talking real prehistoric critters here baby. You can't copyright reality!)

Feel free to reference any materials or art you'd like for your restorations. Just be sure to make the final product original! Mr. Paul's point about the final product is quite valid. His points about owning references are a joke, especially with public items like fossils. Sadly for him, he alone hasn't got this punchline just yet!

Oh and you can make those cheques out for Albertoceratops to my PO Box please :P
Posted by traumador at 5:47 PM