I know this comes a bit late, but if you haven't seen the new pics of the gigantic Dreadnoughtus schrani, check out my take on it here: http://paleoking.blogspot.com/2014/09/dreadnoughtus-truth-and-myth.html 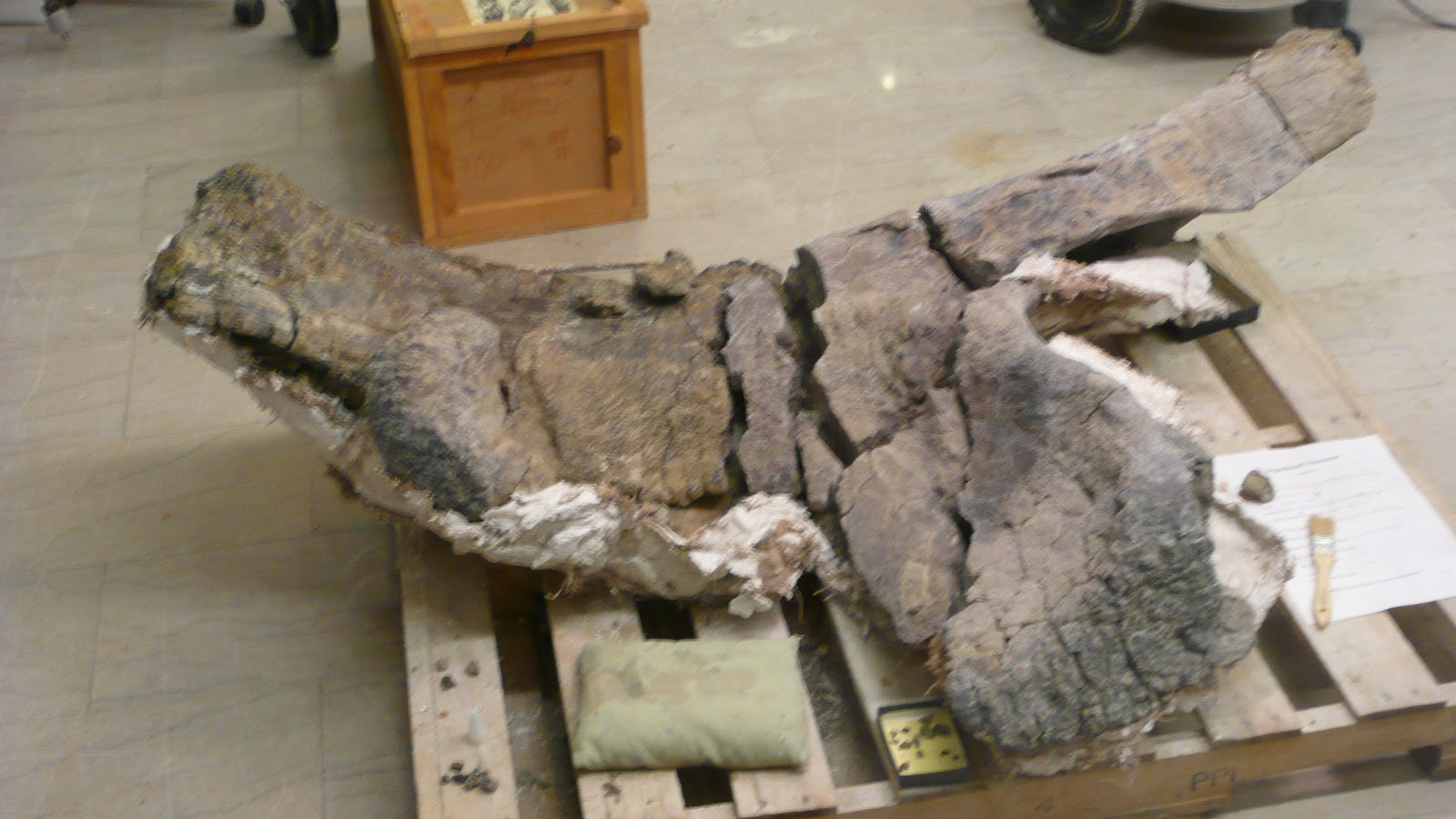 In 2010 I covered this immensely rare find, though then it was known as Dr. Lacovara's titanosaur, or simply the "forklift buster". Probably massed 65 tons when alive. 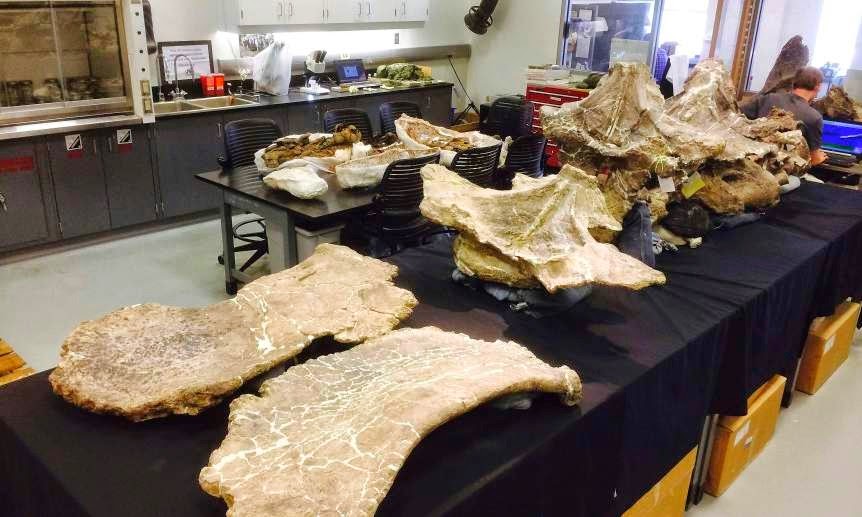 Although reports of it being the new "biggest" dinosaur are, I think, exaggerated, it's definitely one of the top 10. And not for nothing it has one of the greatest dinosaur names ever chosen. 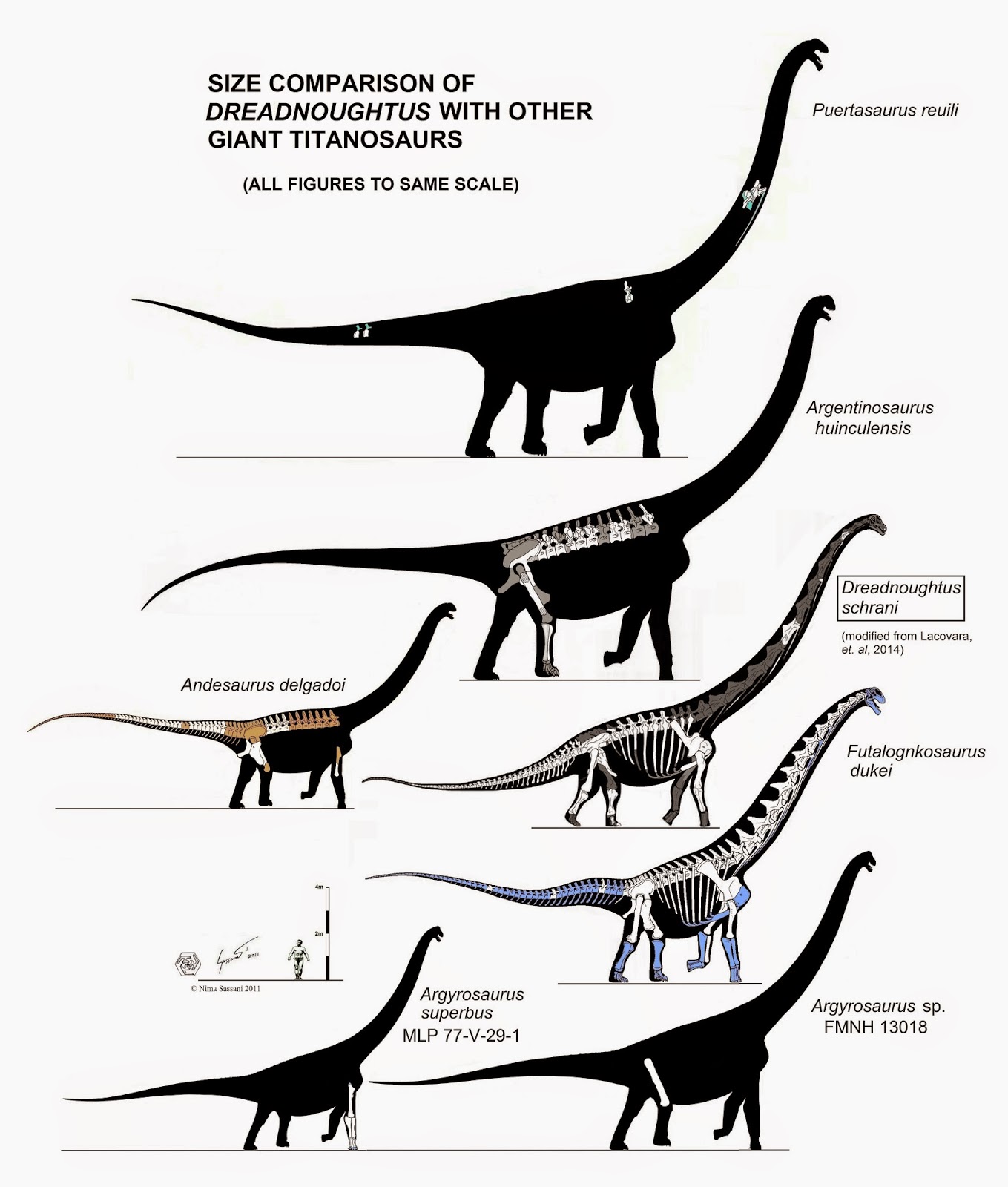